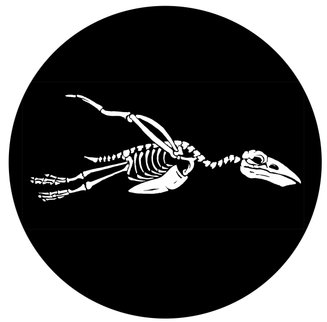 Geir is an iFLY15 catamaran. In good wind conditions, he flies on foils. Geir is a Great Auk, and has some remarkable abilities. Where he sails, the soul of the water is cleansed! Geir wnats to go noth to help restore balance in the sea. About should have a wonman's name you say? Well, thats not the case with Geir. #LeveGeirfuglen

In addition to helping Geir cleansing the waters soul, we will challenge ourselves with a sailing trip that is a little out of the ordinary. Geir is super fast when the conditions are good. In calm weather, he enjoyes just as mutch lying with his belly deep into the water. The feeling of sailing far in a small boat is verry special. Sail as far as you can one day, and further the next. And the next after that. Marvellous!

Hi! We who are going on this adventure are Magne Klann and Morten Christensen. Together we will try to tame Geir on the journey to the north. Both like an adventure and a challenge. Together we have equipped the boat and ourselves for a trip focused on sailing. We bring as little and light packaging as possible. The boat can be carried ashore on sandy beaches up the coast with straps over the shoulders. As happy users of nature, we see it as our responsibility to help take care of nature. We let Geir and the Great Auk be a symbol for that, and for our own part will primarily convey the joy of sailing and being on a trip. We sail from Bergen and north with the goal of fantastic experiences! 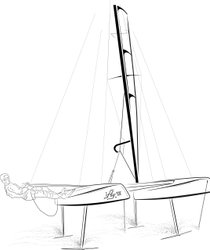 Geir is an iFLY15 catamaran. In good wind conditions, he flies on foils. Geir is fast, and is not usually used as a means of transport. He weighs only 90 kilos and has foils on both keels and rudders. At speeds above 10 knots, he lifts himself out of the water. The wind must rise to around 4 m/s to gain enough speed. In optimal conditions, the speed can reach well over 20 knots. Geir is very challenging in high winds, and particularly high seas. Then he is sailed with a helmet. 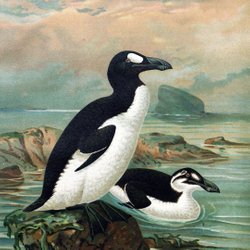 The Great Auk (Pinguinus impennis) (Geirfugl in Norwegian) was a large flightless pelagic diving seabird belonging to the auk family (Alcidae). It was significantly larger than all other known Auks and widespread in the North Atlantic and along the coasts. The species was hunted to extinction by our ancestors in the 19th century. (Wikipedia).

Geir is loosely related to the Great Auk. The biggest difference is probably that Geir can fly, and thus has the ability to cleanse the of the water where he sails. The ability may have arisen as a reaction against poor human understanding of the interaction in nature.

Thanks to our sponsors!

Helly Hansen ensures that we stay dry and warm along the way. Varri ensures that we can camp comfortably on land and still fly with very light equipment. Big thanks to both!